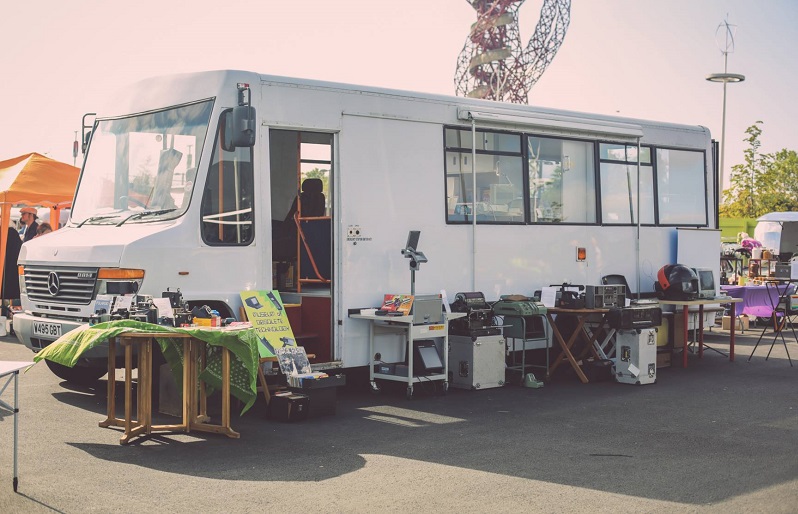 A converted ambulance with a treasure trove of redundant technology will feature as one of the star attractions at this year’s Blackburn Heritage Festival on Saturday, 12 and Sunday, 13 September.

Visitors are invited to step aboard a time travelling machine to see how the pace of technical change has increased and how the mobile ‘phone has made so many gadgets obsolete’.

The aim is to provide an entertaining stroll through what now seems like ancient history – the era of slide rules, mechanical typewriters, and clunky analogue devices.

Curator, Stephen Wolstenholme says, ‘While we may laugh at the fact that anyone ever found this technology to be cutting-edge, we can’t discount its place in history as a forerunner of the technology we use today. The display shows some of the technology I used when growing up. Visitors love to bash the keys of an old typewriter and young people are surprised to find that a film projector that they dated as 1930s was in fact from the 1970s!’

The museum of obsolete technology will be based at the RATH building, Blackburn College, on Saturday, 12 September from 10am – 2pm. On Sunday, 13 September visitors can find the mobile museum on the Blackburn Cathedral Grounds from 11am – 4pm.