Joy at £25,000 Funding Boost for Blackburn’s Festival of Light

Blackburn’s lantern parade will be bigger and brighter than ever this year, thanks to successful £25,000 additional funding, a fresh new timetable and new team members. 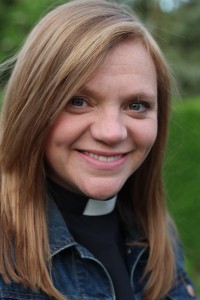 Also bringing their expertise to the event this year are internationally acclaimed, outdoor arts company Walk the Plank who will be providing a spectacular firework display. Deco Publique, the team behind the National Festival of Making, Vintage by the Sea and other acclaimed festivals are curating new artistic content.

The festival takes place on Saturday 16th December between 3.30pm and 7pm with an exciting new programme of entertainment, enhanced community involvement and a revised timetable of events.

An additional £15,000 funding from Arts Council England to the Blackburn BID and a £10,000 Awards for All grant to the Blackburn Festival of Light means that organisers are looking forward to involving more community groups and an exciting artistic programme.

The Community Carol Service at Blackburn Cathedral will take place at the beginning rather than at the end of the festival, starting at 3.30pm. The Mayor of Blackburn with Darwen will be joined by celebrity guest, Reverend Kate Bottley who is a well-known on television and radio including BBC Radio 2 and Channel 4’s Gogglebox.

As the congregation leave the Cathedral at 4.30pm, the excitement will build on Church Street with performers and lantern carriers preparing for the procession. The lantern parade will begin on Ainsworth Street at 5pm and take a new circular route along Exchange Street and King William Street to Sudell Cross, around Blakey Moor and Northgate, ending outside the Town Hall for the street party, with music, light up performances and projections and spectacular fireworks.

We have been supporting the Festival of Light and Lantern Parade for the last few years as one of the town’s key Christmas celebrations. Having the extra partners and funding will attract more people to the town as the event will now be on a much bigger scale.

It is exciting news that partnership working is again reaping these additional benefits for Blackburn. The Festival of Light has always attracted families to the town and this year we are looking forward to welcoming even more people for our Christmas events.

People can make their own lanterns and take part in the parade by joining in workshops at The Bureau Centre on Sunday 19 & 26 November and 3 & 10 December.