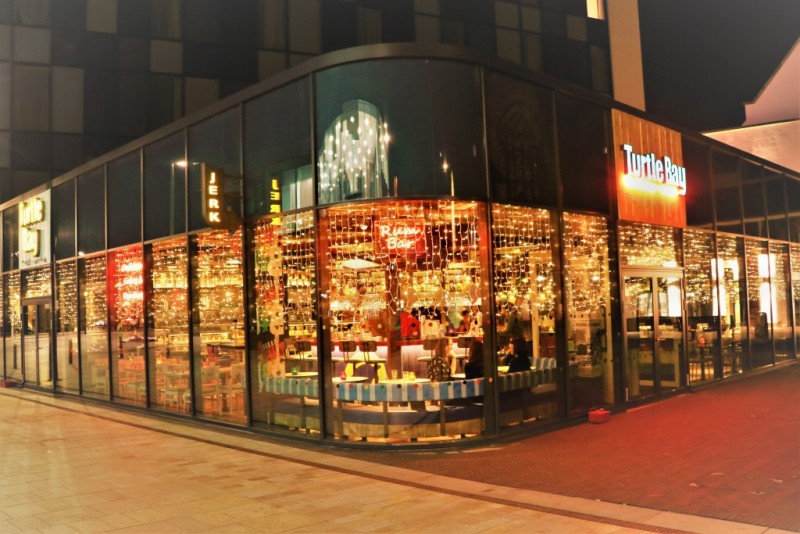 Hat’s off to David Wilcock, the latest successful trader from Blackburn Market market to take the leap of faith onto Blackburn’s award winning high street. The £100,000 professional fit out of Hugo Burrito on Northgate looks amazing and is another innovative reuse of a shop with an iconic past. The restaurant is part of the £3 million Heritage Lottery-funded Townscape Heritage Initiative transforming Blakey Moor. David has re-invented the space that many will remember as Mercers department store, with a distinctive hospitality offer aimed at daytime into evening and night-time customers. He is the latest in a long line of food and drink entrepreneurs to believe in Blackburn and invest seriously in our town centre in recent months.

Regeneration bosses at Blackburn with Darwen Borough Council must be thrilled to see the 20-year vision falling into place with the escalation in the number of food and drink establishments putting their money where our mouths are. Global brands and national hospitality chains like Turtle Bay, Premier Inn, Starbucks have been joined by Michelin starred Café Northcote in Cathedral Quarter.

Impressive still is the number of local people with a heart for the future of the town taking life changing decisions and investing serious money of their own to realise their hospitality dreams.

Other new and distinctive venues to look out for are two new Italian restaurants, A Mano in Cathedral Square and Gioia on Church Street.

The third sector is also stepping up to the challenge with the Lancashire Deaf Association at Kings Court on King Street developing their café into The Parthenon Greek restaurant and a Fare Share food recycling café at The Bureau. Re:Source, the charity developing the old cinema opposite the Town Hall on King William Street, has let the basement to Meemaws, a licensed café in what was once the Majestic hairdressers and a piano showroom.

Let’s not forget the longer serving food and drink kings and queens of Blackburn who started the ball rolling and have weathered the storms. We raise a china tea cup to landladies, Sonia and Sharone at Liz n Lil’s who convinced Thwaites to let them do something distinctively different at Sudell Cross in The Grapes Hotel, the oldest pub in Blackburn Town Centre over four years ago. Blackburn’s coffee king, Mark Smith of Exchange Coffee was the first trader to make the successful transfer from Blackburn Market and rapidly expanded to become Lancashire’s foremost coffee wholesaler distributing to hotels and restaurants across the UK.