Guided tours were just the ticket 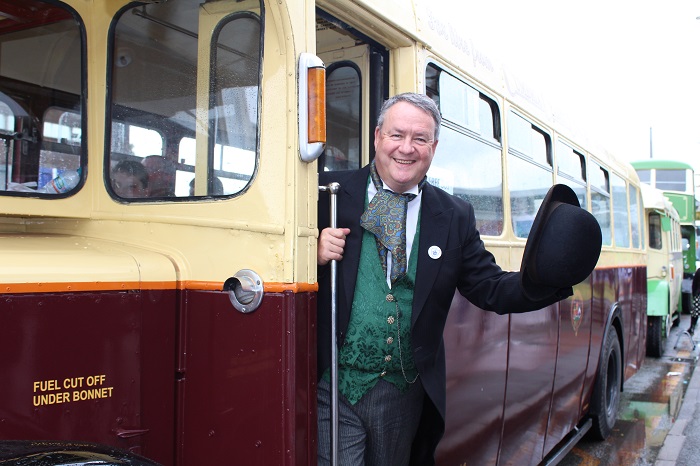 Costumed guides led visitors through the story of Blackburn’s hidden past on vintage buses at this year’s Blackburn Heritage Festival. (12 & 13 September)

The guides pointed heritage of the town in the historic buildings and at sites along the way. An outer circle bus left the Penny Street side of the temporary bus station every hour, taking visitors out to the borough’s historic parks.

Local theatre producer, Paul Mason masterminded the research and scripts for the volunteer guides. He said: “The Heritage Festival was a tremendous success and a hit with the visitors who travelled on the vintage buses. Everybody I spoke with explained how much they had enjoyed the guided tours and it was a great pleasure to take part. I hope the Blackburn BID continues to organise events which bring the community together.”

Visitors were able to hop on and off four vintage buses at various venues taking place across the town including Corporation Park, Witton Park, Holy Trinity Church and Thwaites Empire Theatre.

Harriet Roberts, Blackburn BID Manager said: “The vintage buses, operated by Cumbria Classic Coaches were a new addition to the heritage festival. Together with the costumed guides they added to the festival theme as they travelled around the town. Blackburn Heritage Festival welcomed a large number of people to the town who had never been to Blackburn before and came especially for the Heritage Open Day event.”