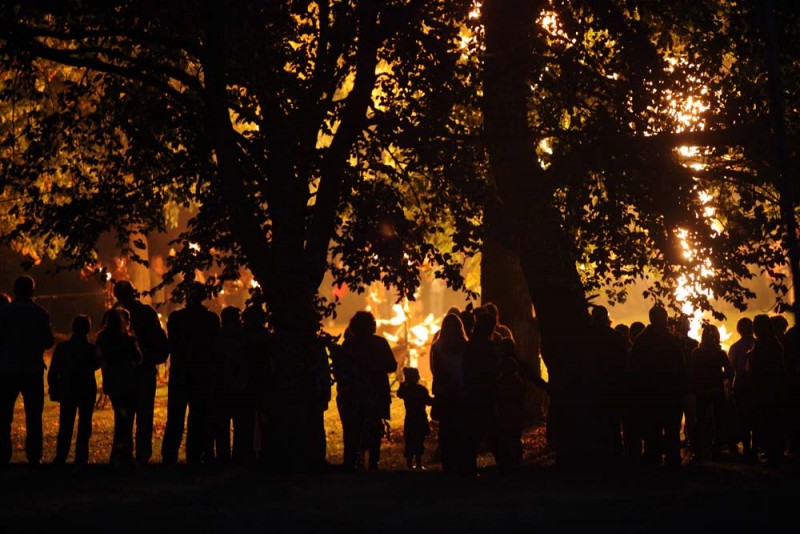 11:00am – Christmas Food Court opens on King William Street
12 noon – Santa’s Workshop open in The Mall
1:00pm – Meet Beauty and the Beast characters, The Awesome Fairy, Gaston and Bertha from King George’s Hall Panto in The Mall
2.30pm – 3.30pm Meet and Greet with Sam Thompson from Made in Chelsea in The Mall
4:30pm – 6:30pm The Fire Garden at the Cathedral is Open to Visitors
6:00pm onwards The Switch On Ceremony & Aerial Spectacular at the Town Hall

Food and drink available on the day will include traditional German sausages and hot dogs, scrumptious pies meat and vegetarian, served with pie liquor, gravy, home made mushy peas, charcoal BBQ skewer kebabs, crepes, a hot chocolate bar, Neapolitan pizzas, Indian street food, authentic Thai cuisine and to wash it all down, mulled wine & cider, prosecco, craft beers and hot gluhwein.
The food & drink court will be open on King William Street from 11am to 7pm.

Summary of the Event

An incredible spectacle has been promised for this year’s Christmas Lights Switch on in Blackburn town centre as organisers reveal a dramatic departure from the traditional stage show format. A unique event has been designed to attract new audiences with something for all ages on Saturday 25th November.
Internationally acclaimed outdoor arts company, Walk the Plank, will be transforming the Cathedral grounds into a spectacular fire garden installation for families. It will be followed by a show stopping fire and light display funded by Blackburn with Darwen Borough Council with Blackburn Business Improvement District and The Mall.

The producers have worked in cities all over the world including Glasgow, Finland, Cyprus, as well as the Millennium Stadium, Liverpool and Manchester.

As dusk falls on Cathedral Square at 4.30pm, the Mayor of Blackburn with Darwen, will be joined by celebrity guest, TV’s Sam Thompson as the first official guest, welcoming visitors through a firelit archway into the Cathedral grounds. 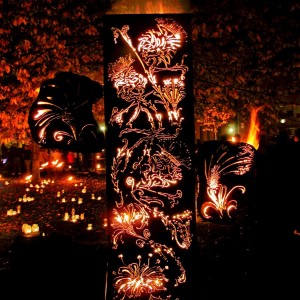 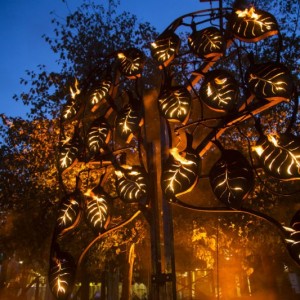 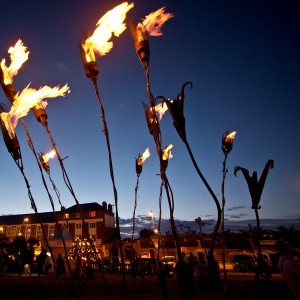 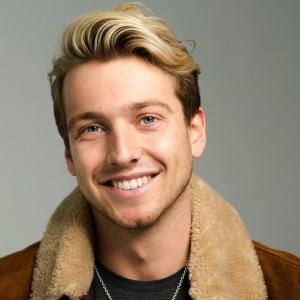 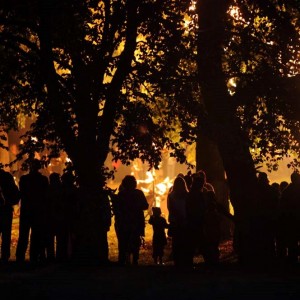 Visitors are invited to wander through a forest glowing with beautiful fire sculptures and fiery installations that form a glowing garden landscape. Young and old will be able to explore flame-lined paths amongst copper flowers that breathe fire, intricately carved flaming flower boxes, and scorching sculptural trees.

At 6.30pm, crowds will countdown to a grand finale to the mesmerising wizardry of Flame Oz’s lightshow which will leads into a high rise aerial dance from the Ice Queen’s assistant, the Ice Fairy.

A magical pyrotechnic finale comes to a crescendo as the Christmas lights bring the festival to life across the town centre. There will be a pop up Festive Street Feast on King William Street throughout the day as well as a scheduled meet and greet in The Mall with Sam Thompson.

Blackburn BID Manager, Harriet Roberts explained, “As the current reigning champions and title holding winners of the Town Centre of the Year in the Great British High Street awards, we must continue to keep raising our standards and offering something distinctively different to other towns and cities.”

“Working with an internationally acclaimed outdoor arts company like Walk the Plank provides us with an opportunity to showcase the new Blackburn to new audiences. An experiential rather than crowd stage show event is a chance for us to bring new audiences to the town centre and to offer something for all the family which will bring pleasure to all ages.”

Councillor Phil Riley, Blackburn with Darwen Council’s Executive member for Regeneration, said: “This year’s Christmas Lights Switch on sounds fantastic and will be a great showcase for the best that that Blackburn town centre and the Cathedral Quarter has to offer and a great start to the festive season. As well as enjoying the big switch-on, I hope people can take the chance to do some Christmas shopping and enjoy the new restaurants and bars in the town centre.”