Blackburn looks back on Championship Year 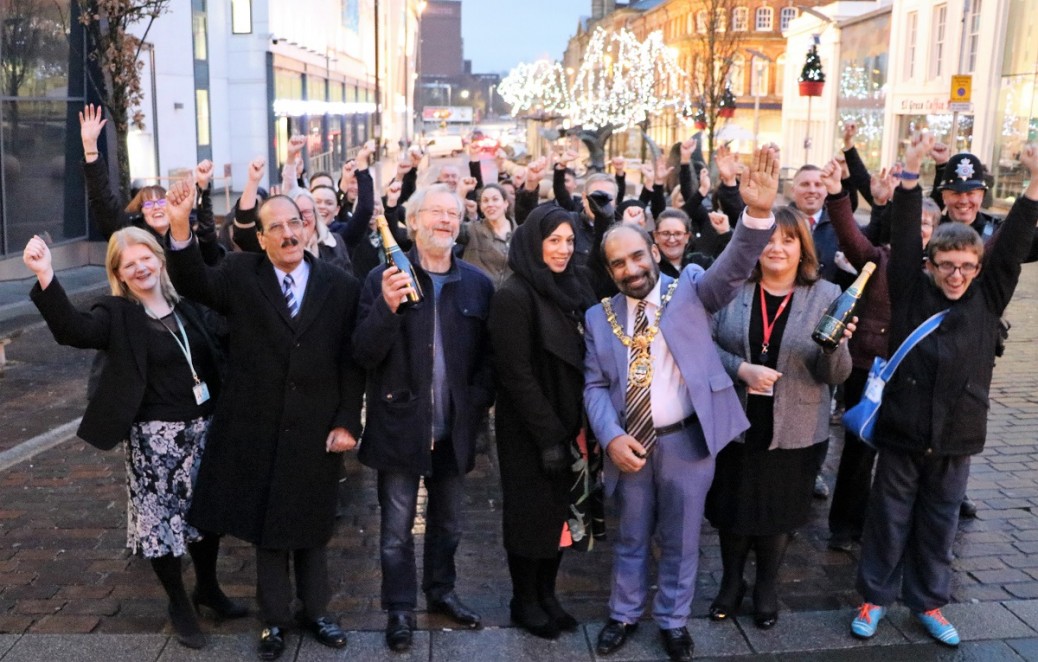 The Blackburn Business Improvement District (BID) has published its 2016 Annual Report which tells the incredible story with photographs showing how the town came together to win national acclaim as Town Centre of the Year and crowned overall winner in the Great British High Street Awards.

The report is being sent out to all levy paying businesses and looks back at the key areas of work in 2016, laying out its priorities for the year ahead.

In her summary of the year’s work, Chair of Blackburn BID, Nicola Clayton of Blackburn College sets out   “Another remarkable year of progress and achievements for the BID”.

She says, “Our success is built on collaboration and partnerships with local businesses, the managers of high street chains, and a diverse range of organisations including The Mall, Blackburn Market, Community CVS, Blackburn Cathedral and Blackburn College.”

Highlights of the work of the BID since its inception 3 years ago include:

Copies of the BID Annual Report have been sent to all BID Levy Paying Members and will also be available at the BID AGM which will be held at the University Centre at Blackburn College on Tuesday 21 February 2107 at 4:30pm or can also be downloaded here

Those wishing to attend the BID AGM can register at the following website address: https://www.eventbrite.co.uk/e/blackburn-business-improvement-district-bid-annual-general-meeting-tickets-31595544123