Blackburn Festival of Light 2015 aims to show Blackburn in a whole new light. It begins on 19th November 2015 with a star studded Christmas Lights Switch On.

The end of 2015 marks the completion of the long awaited multi-million pound Cathedral Quarter development.

We’re making sure we celebrate in grand style! We’ll be switching on the Christmas lights on Thursday 19th November. You are invited to follow the stars to King William Street for the party of the year with The Bee Radio and Ted Robbins from BBC Radio Lancashire.

One of Blackburn’s most beautiful heritage buildings takes centre stage on Thursday 10 December for the annual lantern parade and ﬁreworks.

The Blackburn Festival of Light completes on Saturday 12th December with the lighting up of one of the town’s newest performance venues, Holy Trinity Church at Lark Hill. The Blackburn People’s Choir will bring Christmas magic to this church which will beautifully spot lit both inside and out.

This year’s Christmas Lights Switch On has an impressive line-up of stars to tempt all the family along for the party of the year. 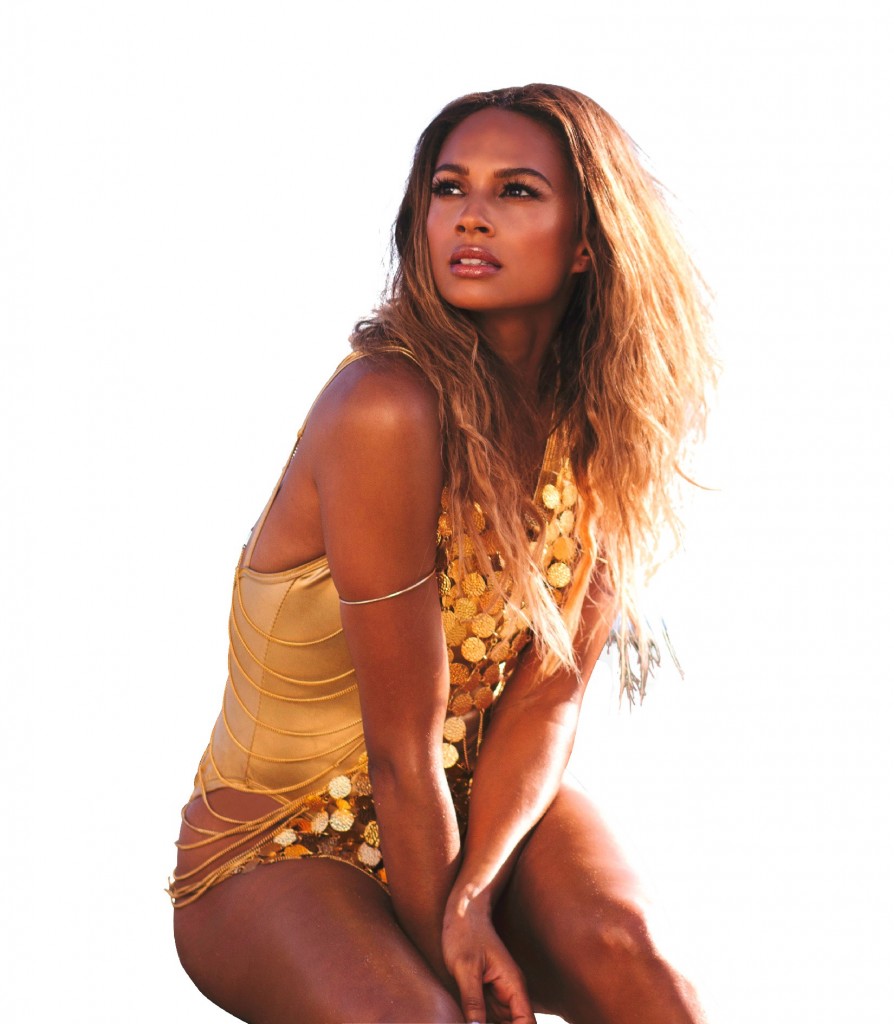 Alesha Dixon is well known as a competitor and judge on peak time Saturday night shows, Strictly Come Dancing and Britain’s Got Talent and is touring the UK with her new single, “Tallest Girl in the World”.

Special guests at the beginning of the Blackburn Festival of Light will include super bike champion and ‘I’m a Celebrity’ king of the jungle, Carl Fogarty, soap star Peter Gunn and Alex Bain who is well known for his portrayal of Simon Barlow on Coronation Street.

Also appearing will be the children’s television show characters, Small and Tiny from the Clangers, who will be 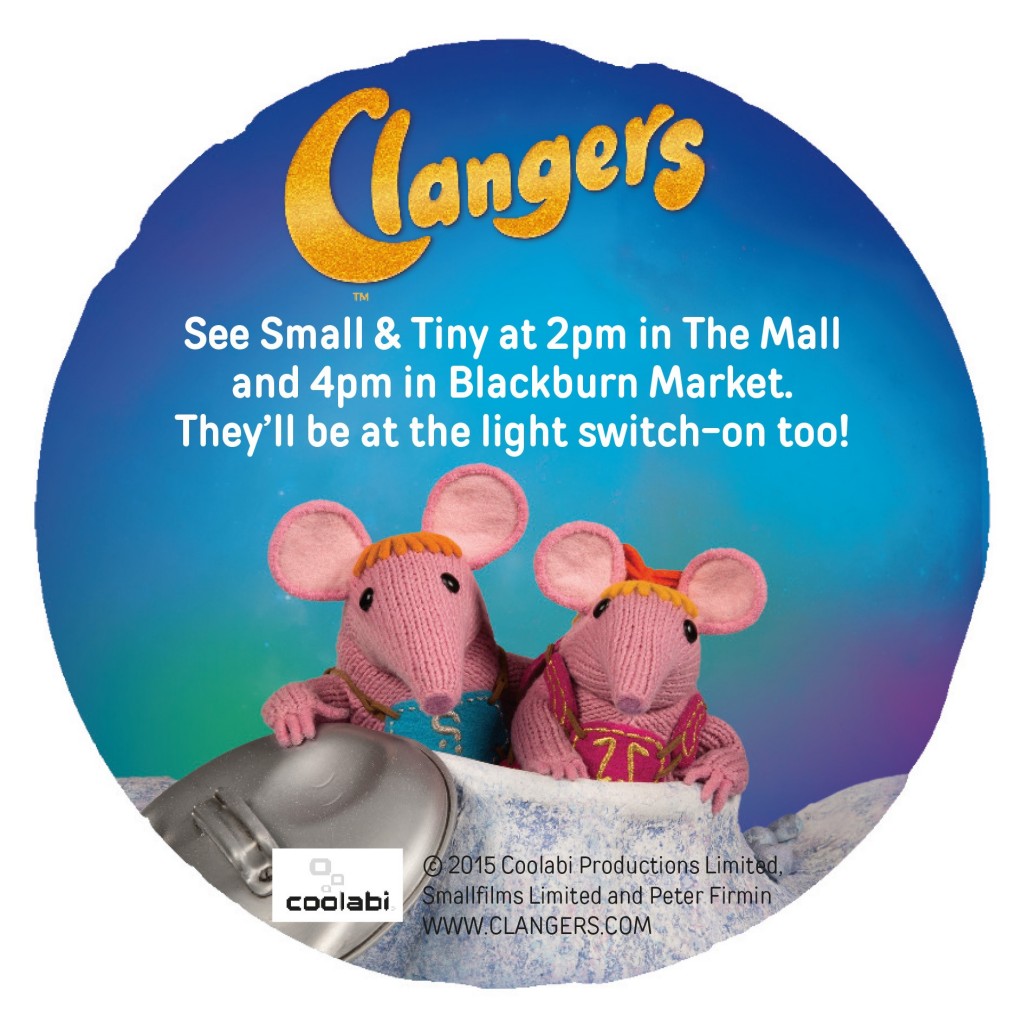 meeting and greeting families before the show in The Mall at 2pm and in Blackburn Market Mall at 4pm. They’ll be at the light switch on too!

Councillor Phil Riley, Blackburn with Darwen Council’s Executive Member for Regeneration, said: “We are delighted to be working in partnership with the Blackburn BID to deliver this exciting Christmas lights line up. We have some really big names and this is sure to be a fantastic event. We have something for everyone, and there are great guests and activities for families. It will be a great start to the festive season for residents, visitors and traders.”

Free Festival Programmes are available from Visit Blackburn and from shops and businesses across the town. The free guides will also be delivered to 20,000 homes.

Blackburn Festival of Light is the start to our Christmas celebrations. 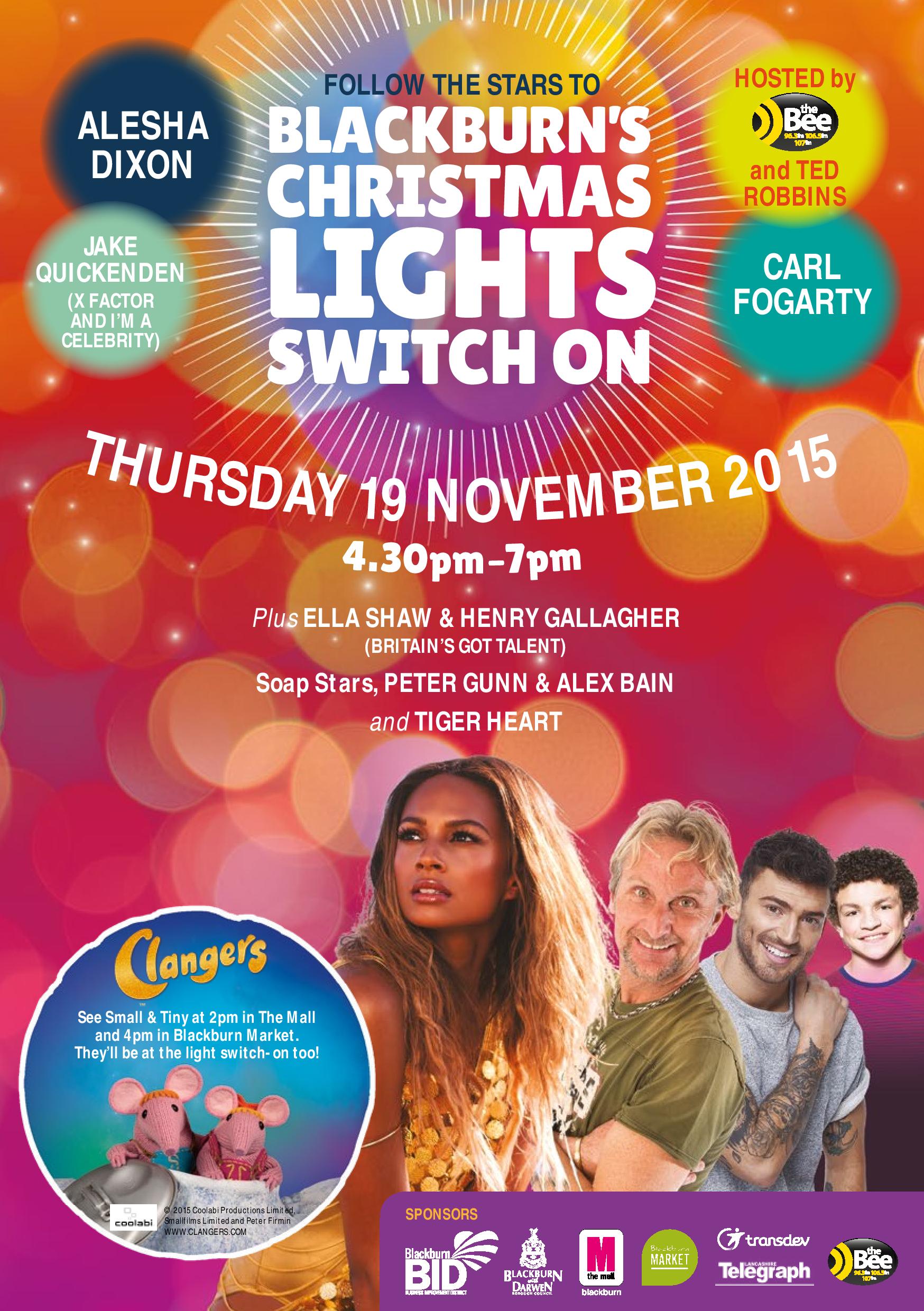